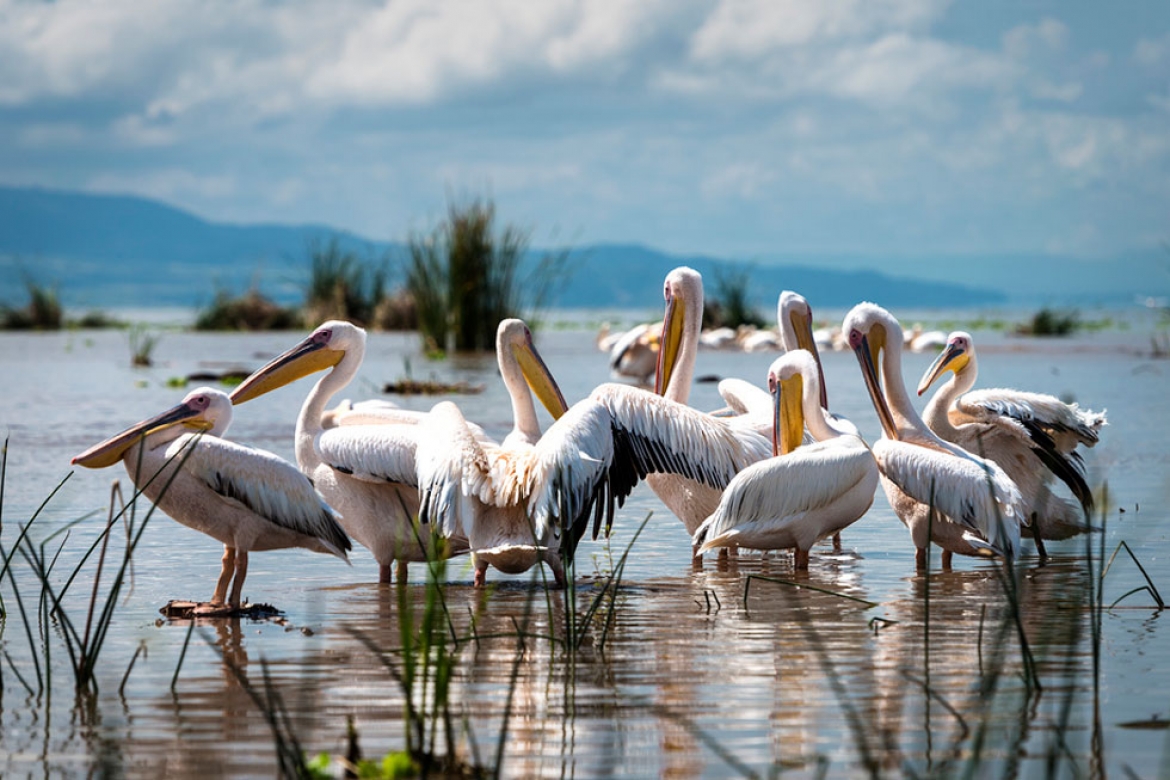 Land and landscape
The Ethiopian landscape is largely formed from a high volcanic plateau. It is surrounded on three sides by low-lying desert. The average height of the plateau (the Ethiopian highlands) is over 2000 meters. Moreover, there are more than 20 mountains over 4000 meters.

The Ethiopian highlands are bisected by the Rift (Rift Valley). This begins at the Red Sea, then runs across Africa and ends only in Mozambique. In addition to mountainous areas, southwestern Ethiopia has savannas and rainforests. Many rivers originate in the mountains, including the best known Blue Nile. There are also some very fertile areas with beautiful lakes and valleys.

Flora and Fauna
The flora of Ethiopia is breathtaking. The central plateau during the rainy season (July and August) is green, fertile and densely vegetated. In September and October you will find innumerable species of wild flowers in the highlands. In the rift valley south of Addis Ababa, you will find many acacia trees and steppe landscape.

In the highlands of Ethiopia there are still some unique animal species such as the guereza monkey and the Simien fox.Due to the isolated location of Ethiopia, they have not mixed with other species. The parks contain a huge amount of tropical birds.

In Ethiopia there are not many tourists. The national parks are therefore much less visited than the other parks of East Africa. The game has become less used to humans. Sometimes the game lovers will require a little more patience.

Ethiopia has a large variety of indigenous plant and animal species. In some areas, the mountains are covered with shrubs such as pyracantha, jasmine, poinsettia, and a varied assortment of evergreens. Caraway, carcade, cardamom, chat, coriander, incense, myrrh, and red pepper are common. The lakes in the Great Rift Valley region abound with numerous species of birds, and wild animals are found in every region.

Among the latter are the Sudan cheetah, Masai lion, civet, serval, African bush elephant, bushpig, gazelle, antelope, ibex, kudu, dik-dik, oribi, reedbuck, Somali wild ass, Grévy's zebra, hyena, baboon, and numerous species of monkey. As of 2002, there were at least 277 species of mammals, 262 species of birds, and over 6,600 species of plants throughout the country.

Tweet
More in this category: « Food and Drink Handicrafts and Souvenirs »