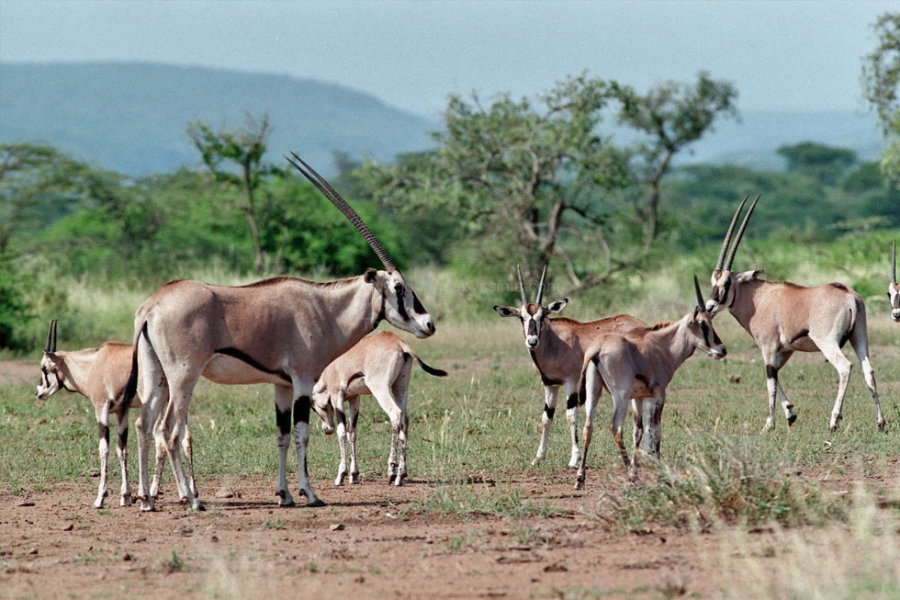 75,600ha Awash National Park is at a road distance of ± 225km east of Addis Ababa from where it can be reached in about 3 hours over the highway to Djibouti, which actually runs through it separating the Illala Saha Plains to the south from the Kudu Valley to the north. The Awash River runs through a canyon or gorge in the Southern part of the park where it falls off the cliffs of the famous Awash Waterfalls. The Awash Falls Lodge is located within the park at 5 minutes walking distance from the falls.

Why consider booking our our Ethiopia Culture & National Parks modules? Because for the same price, our tour gets you to ALL cultural places Ethiopia is so famous for, and on top of that, you get to see up to 12 National Parks/Reserves accompanied by a conservation forester. There is nothing similar on the market. As Ethiopia can be combined with other East African countries, we organize tours in modules. Destinations Overview: Historical Circuit; Danakil Depression; Eathern Route; Simien Mountains; Bale Mountains; Southern Parks Safari; Gambella; Addis Ababa BUT WAIT: if you buy your international ticket with Ethiopia Airlines, they will sell the internal flights at a price that you can't even ride the bus for. But you MUST plan it all in one package and making changes will be very costly. So let us help you plan your entire trip for an incredibly low price!

The Awash river never reaches the sea as it ends in the highly saline Lake Abbe, gradually losing its water to evaporating - and irrigated farming - as it runs through the arid Awash Valley. North of the highway, the landscape is dominated by the Fentale Volcano at the Northern border of the park where one can seen its last lava enormous lava flow of 1820. One also finds the Filwoha oasis with hot springs amid a palm grove at the Northeastern park limit.

Most of the park is covered by shrub savannah and open grassland, with exception of the left shore of the Awash River, which is a dense Gallery forest.

The bird list has about 470 species, of which we mention: