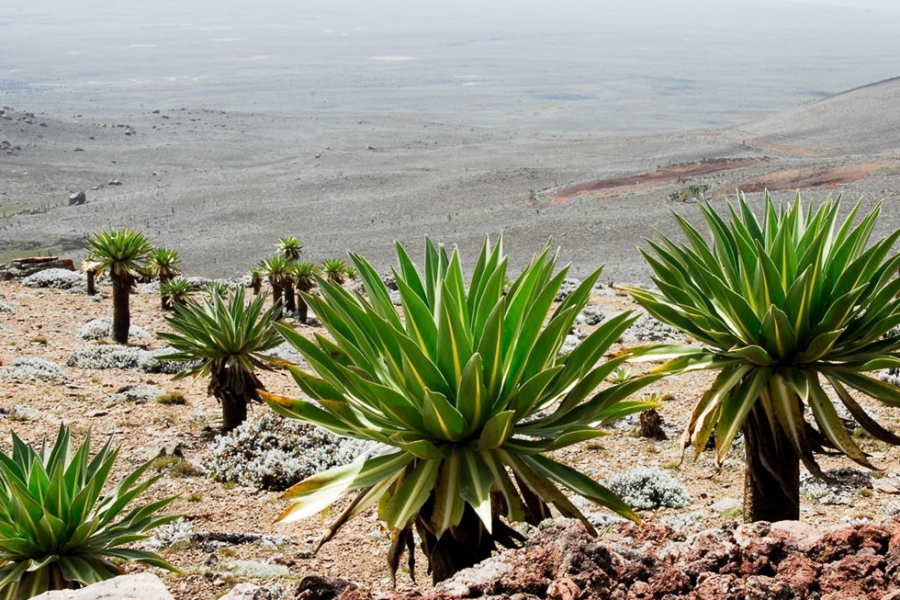 Bale Mountains National Park is located in Oromia region southeast of Ethiopia. Bale Mountains are the second highest mountain range in Ethiopia. Much of the Bale range is protected in an eponymous national park, the area has a large variety of wildlife. Saneti Plateau is home to the largest population of the rare and endangered Ethiopian wolves.

The southern escarpment is covered by Harenna Forest, one of the most extensive and large natural forests remaining in Ethiopia. The Bale National Park is known for its wild alpine spectacular scenery, high mountains, sweeping valleys and dramatic escarpment. Wide expanses of the forests provide visitors with a diversity of vistas, unique to the Ethiopian highlands.

Climate of the Bale Mountains is characterized by a high rainfall and periods of damp cloudy weather, interspersed with periods of sparkling sunny days with blue skies. The climatic year can be divided into: dry, early wet and wet seasons. The dry season is usually from November to February, the best period to visit the National Park, especially for hiking and horse trekking in the mountains.

Gaysay area from the little Gaysay River that flows into the Web near Dinsho village, consists of Boditi peak at the southern end of the Lajo Spur. The main road crosses part of the Gaysay area, just before reaching Dinsho. Entrance gate lies north of the main road, seven kilometers before the village, if you coming from Shashamenne a small track from the gate leads you across the Gaysay River and then divides at the base of the mountains.

There is an option to travel to Shashemene, from where you can explore the Rift Valley and pay a visit the Sof Omar Caves. The network of limestone caverns, which has been carved by the Web River in its plunge from the Bale highlands. Here vegetation is very different dry lowland with wooded grasslands, the most noticeably animal at Sof Omar Caves area is the Greater and Lesser Kudu relatives of the Mountain Nyala and tiny Dik Dik antelope.
The Sof Omar are an important site of pilgrimage for Ethiopian Muslims, though their religious significance, according to tradition Sof Omar was the name of a holy Muslim man who lived in the area.

Sof Omar Caves are the longest caves system in Ethiopia and the longest in Africa, ranks as the second longest caves in the world. The river passage continues from the chamber of columns meandering for about 200 m to the big rapids, this striking feature is formed from a jumble of huge boulders. Sof Omar Cave system an extraordinary natural phenomenon, the most spectacular and extensive underground caverns in Africa.
The caves carry the whole flow of the Web River underground through wonderfully carved caverns, to exploring Sof Omar Caves require skills, time and special equipment, a friendly local guide will show you enough of the caves to make your trip worthwhile.