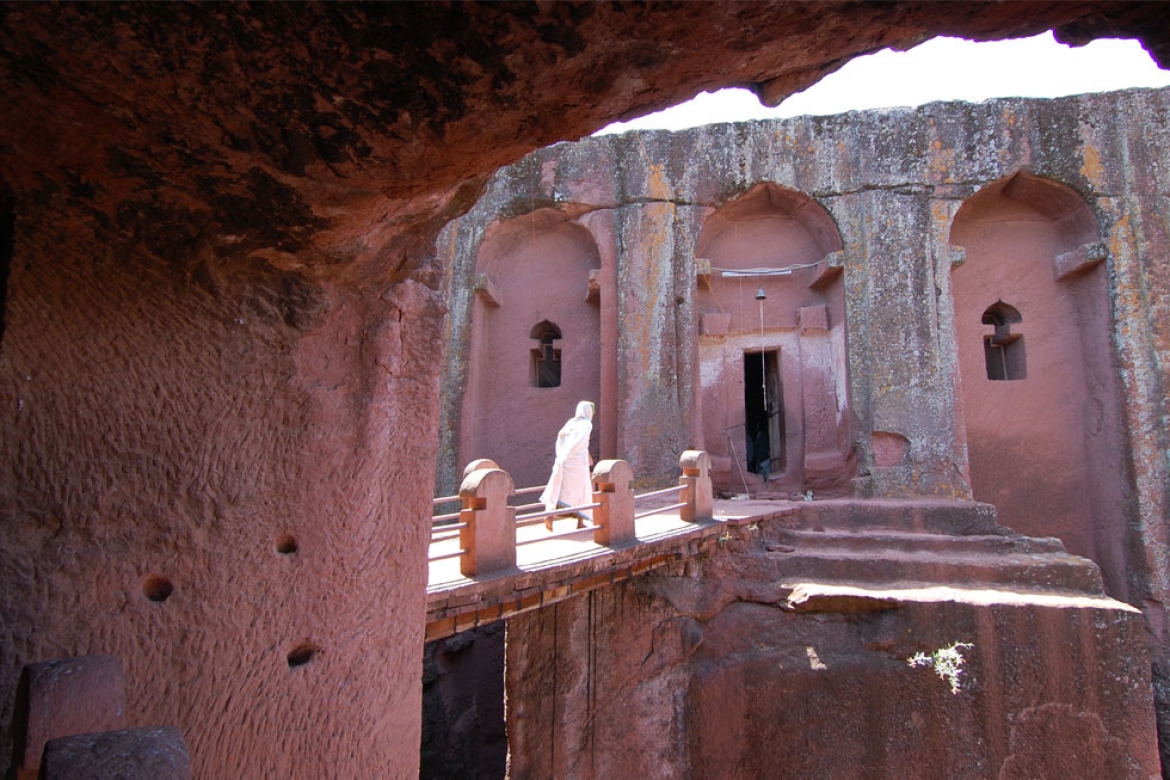 Ethiopia is the oldest independent country in Africa and one of the oldest in the world. What are believed to be the oldest remains of a human ancestor ever found, which have been dated as being some five million years old, were discovered in the Awash Valley in Ethiopia. This beats the discovery of "Lucy", a 3.2 million year old skeleton, who was unearthed in the same area in 1974.

The Greek historian Herodotus, of the fifth century BC, describes ancient Ethiopia in his writings, while the Bible's Old Testament records the Queen of Sheba's visit to Jerusalem where "she proved Solomon with hard questions". Matters clearly went further than that because legend asserts that King Menelik - the founder of the Ethiopian Empire - was the son of the Queen and Solomon.

Remains of the Queen of Sheba’s palace can still be seen today in Axum, in the province of Tigray, northern Ethiopia. Axum is also home to many other extensive historical sites, including the home of the Ark of the Covenant, brought there from Jerusalem by Menelik.

Missionaries from Egypt and Syria reached Ethiopia in the fourth century and introduced Christianity. In the seventh century, the rise of Islam meant Ethiopia was then isolated from European Christianity. The Portuguese re-established contact with Ethiopia in the 1500s primarily to strengthen their control over the Indian Ocean and to convert Ethiopia to Roman Catholicism. A century of religious conflict followed resulting in the expulsion of all foreign missionaries in the 1630s.

This period of bitter conflict contributed to Ethiopian hostility towards foreign Christians and Europeans which persisted until the twentieth century and was a factor in Ethiopia's isolation until the middle of the nineteenth century.

From the 1700s, for roughly 100 years, there was no central power in Ethiopia. This "Era of the Princes" was characterised by the turmoil caused by local rulers competing against each other. In 1869, however, Emperor Tewodros brought many of the princes together, and was a significant unifying force. He was succeeded by Emperor Yohannes, who built upon the efforts made by Tewodros, as well as beating off invasion attempts by the Dervish and the Sudanese.

Emperor Menelik II reigned from 1889 to 1913, fending off the encroachment of European powers. Italy posed the greatest threat, having begun to colonise part of what would become its future colony of Eritrea in the mid 1880s. In 1896 Ethiopia defeated Italy at the Battle of Adwa, which remains famous today as the first victory of an African nation over a colonial power.